Lars tørressen
lutEMAKER
torressenlutes.com
Lars tørressen
lutEMAKER
torressenlutes.com
Inspired by a new customer I have started  making a baroque guitar in the spanish fashion.
The thrill of the spanish guitar is lasting, and making the same (?) impact in our time as it did  in the 17th cent. The stunning work by masters as Vicente Cucho,  Rafael Vallejo, Thomas Durán and Joseph Massaguer show the merging of the cabinetmakers craft and the profound understanding of musicianship. My first encounter  was the J. Massaguer from 1758 in Musikinstrumenten Museum, Berlin on a visit in 1986.  In a new book by Sinier de Ridder and Jérôme Casanova  (2019) I found a later Messaguer that is even more beautiful with sides in ebony and mahogany.  I base my Massague inspired model on this one supplied by detailed information and measurements on the Berlin instrument (Kat.no. 5265)  by J. Romanillos. I felt liberated to scale the instrument down by about 1 fret to SL= 69cm, enabling it to be tuned in E.  Some of these spanish guitars ( in fact NOT the Massaguer in question)  had the sides slotted into the heel/heelblock and was made the "archaic" way - face down and probably (?) without the aid of a mould.  I do use a mould, I make them face down, but mount the soundboard after the back, as it were a lute. This way I have better control of the string heights at all positions for the right hand.  I also did some bending tests on pieces of scrapwood  to test the heat resistance of different hide glues in my shop. I found that the glue sytays  OK when no moisture is applied when bending.  This indicates that this guitar could be made without the aid of a mould.  Added some photos for reference. The last photos of a small 4 course guitar show how I intend to slot the sides into the heel. 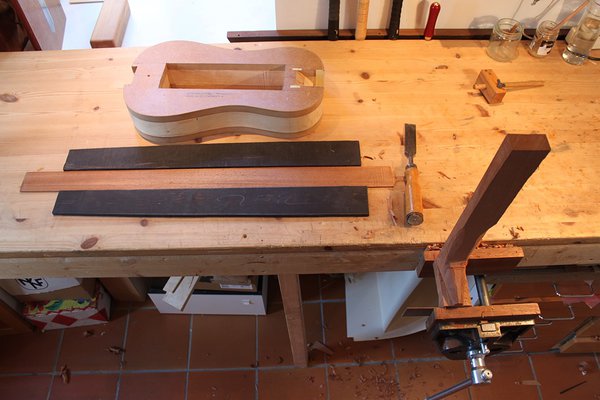 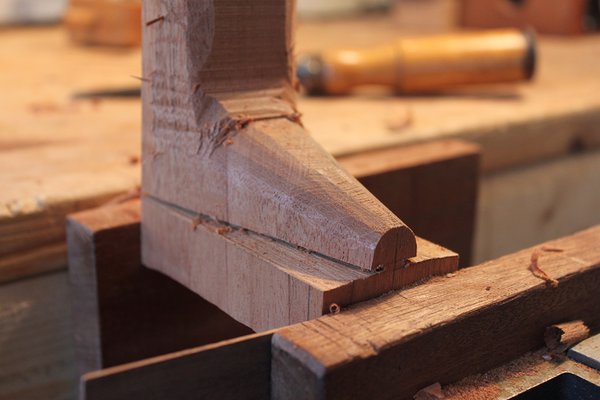 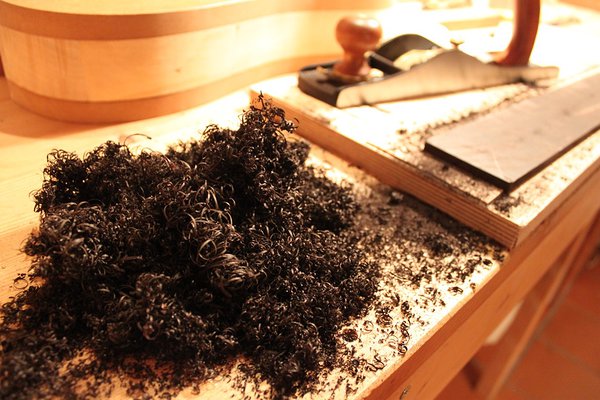 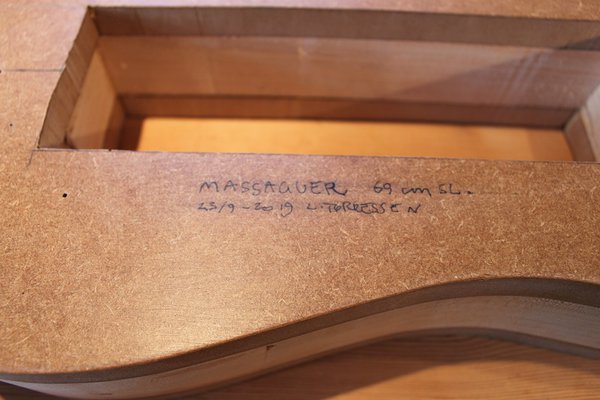 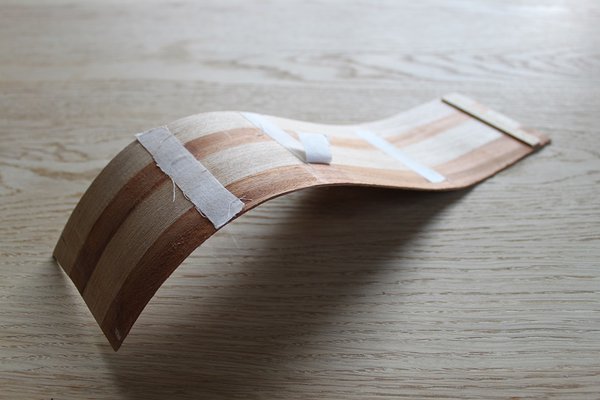 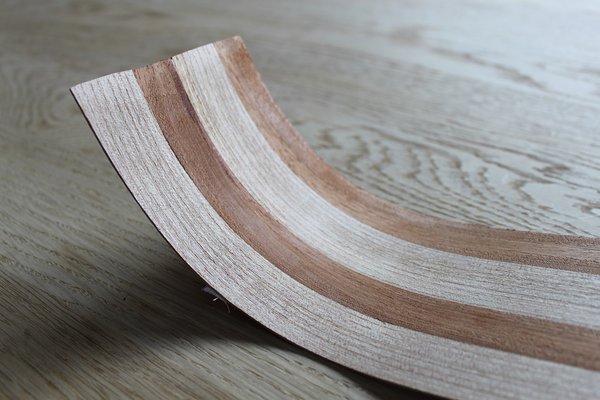 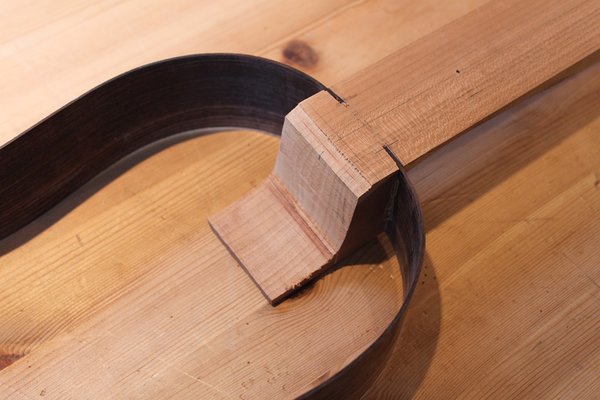 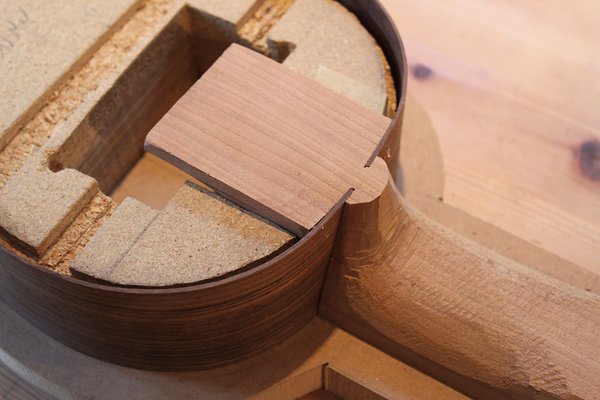 I congratulate you as I learn from all this thanks lars
(Christian, January 01, 2020)